I AM A JAMAICAN
Home Sports Reggae Boyz Coach Says 3-1 Defeat by Mexico Hurts, But He is... 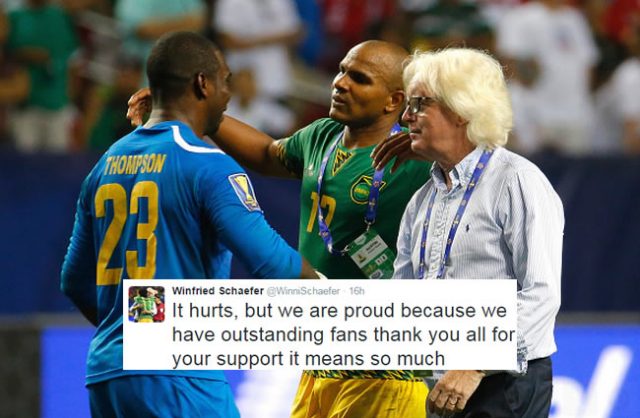 The Reggae Boyz Coach, Winfried Schaefer, says he is proud of the performance of the national team despite the 3-1 defeat to Mexico but it hurts. Watch the highlights here.

It hurts, but we are proud because we have outstanding fans thank you all for your support it means so much #ReggaeBoyz #Jamaica @ItsTheJFF

However, Schaefer was elated when the Reggae Boyz made history last Wednesday, as the first Caribbean team to advance to the final of the Gold Cup. Tweeted:

+40y in Football, saw it all, but believe me I’ll never forget this night #GoldCupFinal THANK YOU ALL @ItsTheJFF #GoldCup2015 #Jamaica