I AM A JAMAICAN
Home Sports Usain Bolt’s Coach, Glenn Mills: “We want to keep on winning” 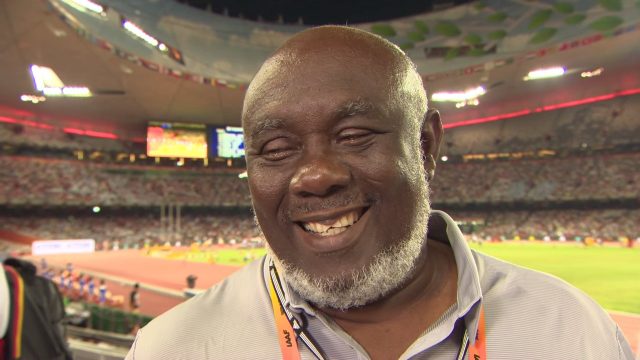 Coach Glenn Mills, the man Usain Bolt credits in every interview for his superhuman performances on the track and legacy, says he was elated to see his athlete who had been plagued by injuries for the past two years seize the 2015 100 metres World Championship title.

Bolt defeated his biggest rival, Justin Gatlin, and seven other sprinters to win the gold medal in 9.79 on Sunday.

“We always knew that this was going to be very tight and challenging,” Mills said in an interview at the Bird’s Nest stadium in Beijing, China. “We are elated that we were able to meet the challenge and come out on top,” he added. Watch the interview below.