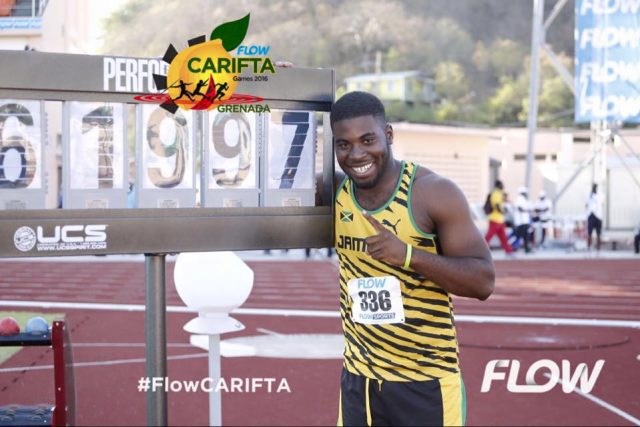 Warren Barrett won the gold for Jamaica in on the Boys Shot Put Under-20 on the final day of the 2016 CARIFTA Games in St. George’s, Grenada — March 26-28.

Barrett thew a record-breaking 19.97m, while his teammate Sanjae Lawrence secured the silver medal with a 18.89m throw.