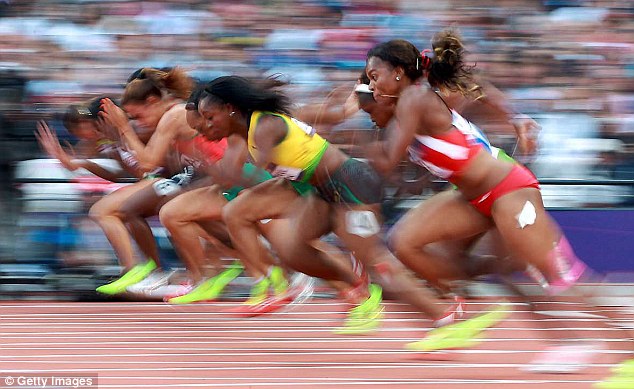 Two transgender British athletes born male are on the verge of making history and undoubtedly spark controversy by competing in women’s events at the 2016 Rio Olympic Games this August.

If selected, the unnamed pair will become the world’s first transgender Olympians at Rio, the DailyMail reports. But worryingly for British sports fans, they have revealed they are so fearful of being exposed and ridiculed under the Olympic spotlight and that they would ‘probably drop back’ if they found themselves in a medal-winning position.

Their inclusion in Team GB will be hailed as a remarkable human rights victory – but it will also ignite controversy, with critics arguing that male-to-female competitors have an unfair biological advantage over real women in terms of size, muscle mass and lung capacity.

“Wonder how the women who lost to the men feel about being cheated by political correctness and not getting a chance to compete and represent their country in the Olympics,” said a man.

“Why not make a third category? Trans men to women and in reverse order?” a woman asked, “I’m all for trans in the Olympics, but that is an unfair advantage to the current categories”

Another woman added, “I respect the transgender people, but this is not fair.”

“I’m all for being who you are, but this has gotten way out of control,” said another.

Delia Johnston, an adviser to several sporting bodies on transgender issues, said the pair have already represented Britain at ‘a European championship sporting event’.
She described one of them as a potential Olympic medal-winner, having achieved an ‘awesome’ personal best earlier this year. It is reported that their gender status is known to the organisations governing their sports but not to rivals from other nations.

Members of each Olympic team are initially selected by their own sport’s governing body. Nominees then go before a British Olympic Association panel to be ratified. It is not known if the two women have yet been nominated by their sporting bodies. The BOA is supportive of all athletes – including transgender competitors – who meet the Olympic qualification criteria. However, it is understood the BOA has not yet been made aware they are under consideration.

Ms Johnston, herself a transgender woman who runs an organisation called Trans In Sports, did not reveal the sports the women compete in, adding: ‘They transitioned long ago and have competed at a European championship for this country.

The dramatic changes to International Olympic Committee guidelines have given hope to transgender athletes across the world. However, the IOC declined to say if it knew of any transgender athletes competing at 2016. ‘As a rule, we do not share this kind of information,’ said a spokesman.

The new guidelines – which the IOC says have been brought in to adapt to current scientific, social and legal attitudes on transgender issues – are not fixed rules but designed as recommendations for international sports federations to follow.

The International Olympic Committee (IOC) settled the issue of transgender athletes in 2004, when they released the rules for them to compete. The IOC rules boil down to three basic points:

Earlier this year, the IOC issued a statement saying: ‘To require surgical anatomical changes as a precondition to participation is not necessary to preserve fair competition and may be inconsistent with developing legislation and notions of human rights.’

The new IOC document detailing the change to transgender guidelines also cited the case of hyperandrogenism or presence of high levels of testosterone in female athletes.

Controversy over the years

Indian sprinter Dutee Chand was suspended by the International Association of Athletics Federations in 2014 due to hyperandrogenism. But the Court of Arbitration for Sport suspended the rule last year, saying the IAAF had failed to prove that women with naturally high levels of testosterone had a competitive edge.

In 2009, South African Caster Semenya was forced to undergo gender testing after her 800-metre victory at the World Championships was considered too fast for a woman. She was later cleared.