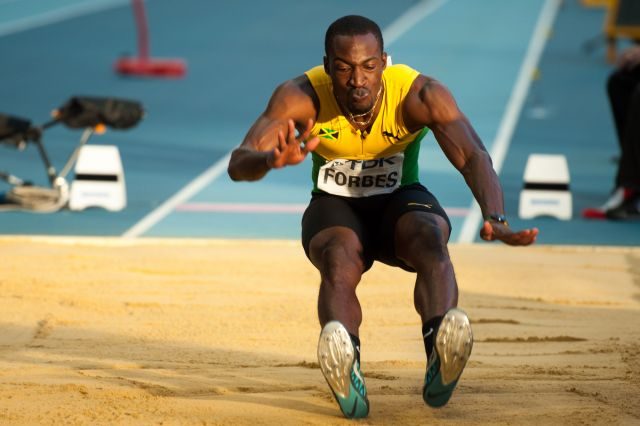 After achieving a season’s best of 8.23 metres to win the Men’s Long Jump at the Monaco Diamond League last Friday, Damar Forbes finished second at this weeks’ London Diamond League with a leap of 8.05 metres in a -0.5 m/s head win.

The 25-year-old is fifth in the Diamond Trophy with 17 points, which is headed by Goa and Fabrice Lapierre of Australia with 24 points. American Hartfield is sixth with 14 points with one event remaining.