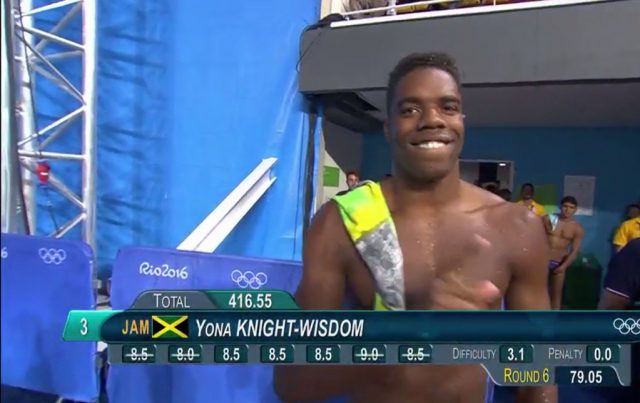 Yona Knight-Wisdom has qualified for the Men’s 3M Springboard semi-finals after scoring a total of 416.55 points in six qualifying rounds at the Rio Olympics.

Knight-Wisdom nailed his sixth and final dive in the Men’s 3m Springboard event scoring 79.05 to advance to tomorrow’s semi-final. The Jamaican finished 11th in qualifiers of 29 divers.