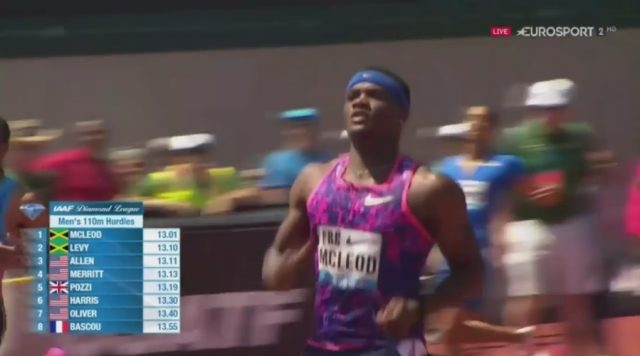 McLeod won the race in 13.01 ahead of fellow Jamaican Ronald Levy, who clocked 13.10 to finished second.

This is McLeod’s second victory this season after winning in Shanghai on May 13 against one of his rivals, Spain’s Orlando Ortega, the Olympics silver medallist and the 2016 Diamond Trophy winner.