I AM A JAMAICAN
Home Sports Andre De Grasse clocks 10.17 after his eye-opening 9.69 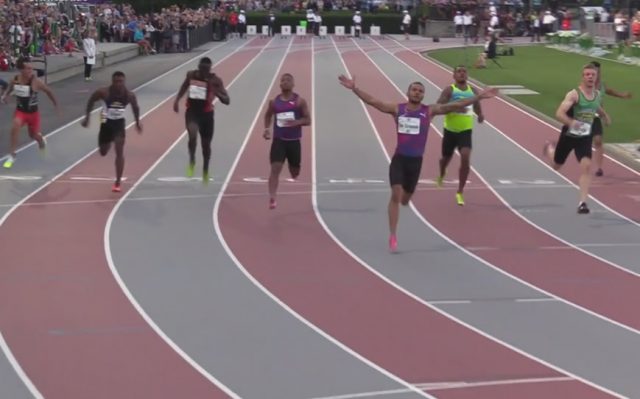 Canadian Andre De Grasse posted a time of 10.17 seconds to win a 100m at the Harry Jerome Track Classic on Wednesday, which marked the first time that De Grasse competed in Canada in 2017.

The 22-year-old was smiling after the race.”I’m happy with it,” said De Grasse of his performance. “The main point about coming out here was just to meet my fans, just getting a chance for the fans to see me in Canada. So I’m not worried about the time. It was more about the experience of coming here.”

De Grasse used the race as preparation for the Canadian track and field championships, starting July 3, in Ottawa and the world championships in London in early August.

The Canadian, a three-time Olympic medallist, came off a scorching, 4.8 m/s wind-aided 9.69 performance over 100m at the Stockholm Diamond League in Sweden on June 18.

“Coming into today, I just wanted to run sub 10,” said DeGrasse after his 100m race in Stockholm. “When saw that time, I was in shock.”