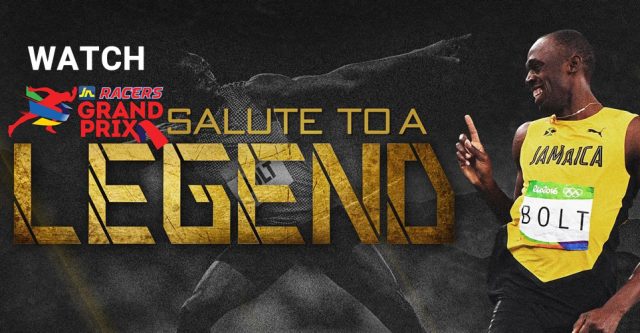 Usain Bolt will begin his final track season with a 100-meter race at the highly anticipated Racers Grand Prix in Kingston, Jamaica tonight– his final race on home soil. The event is scheduled to fire off at 6:30 p.m. local time or 7:30 p.m E.T.

Bolt will compete against compatriots Nesta Carter, Michael Frater, Jevaughn Minzie and Nickel Ashmead in the race dubbed SALUTE TO A LEGEND. Joining them in that race will be American Terrell Cotton, Ramon Gittens of Barbados, Daniel Bailey of Antigua, and Jason Rogers of St Kitts & Nevis. The race is expected to start at 10:10/11:10 p.m. ET.

View the order of events here

The event will be broadcast on National TV (TVJ). However, for fans outside of Jamaica, the event will be only available via a pay-per-view stream on 1 Spot Media at the cost of $23.99. Watch it here.

Bolt missed two weeks of training after his close friend and British Olympian Germaine Mason died in a motorcycle crash while in Jamaica.

Bolt’s next race will be a 100-meter race at the Ostrava Golden Spike meet on June 28. His final race will come at the IAAF World Championships in London in August.