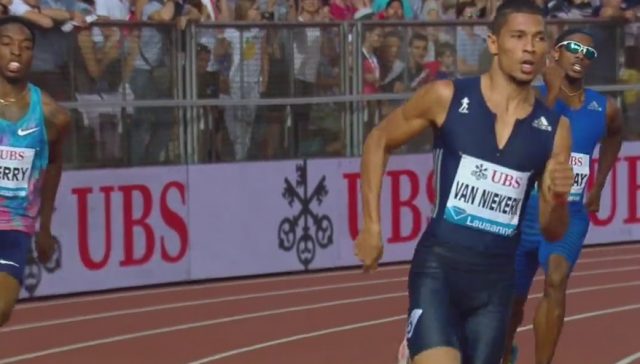 The 24-year-old South African, who set a new world-leading time of 30.81s in the rarely-run 300m in Ostrava last week, breaking the 17-year-old record held by Michael Johnson, clocked 43.62 to win.