I AM A JAMAICAN
Home Sports Elaine Thompson after 100m loss : “I really don’t know what happened... 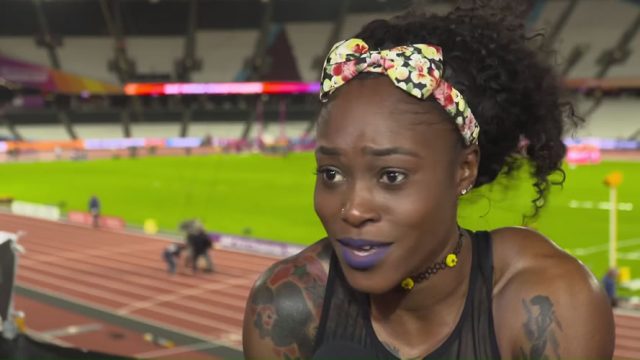 Elaine Thompson says she has no idea what really happened during the race as to why she didn’t win gold at the London World Championships on Sunday.

Thompson shocked the world after she unexpectedly finished 5th in the women’s 100m final. She later said her race didn’t go as planned, but she praises the medallists.