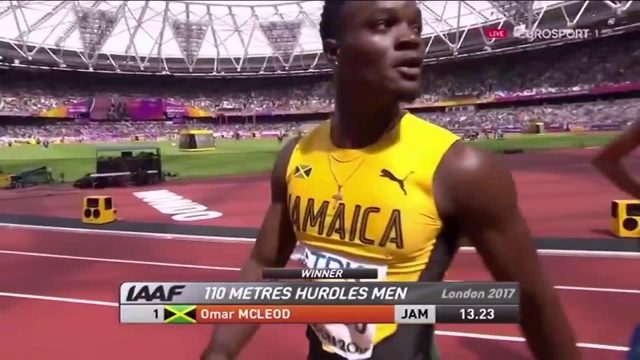 Omar McLeod won his heat of the Men’s 110m Hurdles and will advance to the semifinals at World Championships.

McLeod, the 110m Hurdles Olympic champion, displayed his impressive form to win with a time of 13.23. The semifinals will start later today at 3:10 PM ET/ 2:10 PM ECT.

Teammate Ronald Levy, a 13.05 performer this season – clattered through the first flight of hurdles and pulled up in Heat 4 of the Men’s 110m Hurdles, losing his opportunity for a medal Monday’s final. Andrew Pozzi won the heat in 13.28.