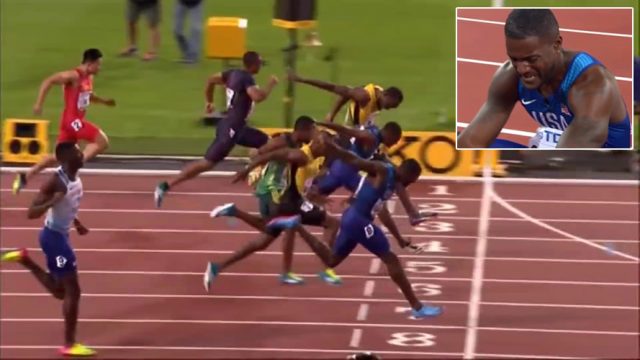 Justin Gatlin has beaten Usain Bolt in his final 100m ever individual race with a time of 9.92 at the 2017 London World Championships. Watch race below.

Bolt clocked 9.95 behind American Christian Coleman, who finished second in 9.94. Yohan Blake finished fourth with a time 9.99. Amid his celebration, Gatlin took a moment to bow to his biggest rival in respect for the legacy Bolt will leave behind before the two hugged it out.

Usain Bolt was beaten by American Christian Coleman his semi-final hours before the final. At the age of 35, Justin Gatlin becomes the oldest winner of the men’s 100m title, twelve years after first winning this title in Helsinki at the World Championships.

Bolt was seeking his fourth gold in the event, having won at every world championships since 2009 apart from 2011 in Daegu when he was disqualified for a false start.