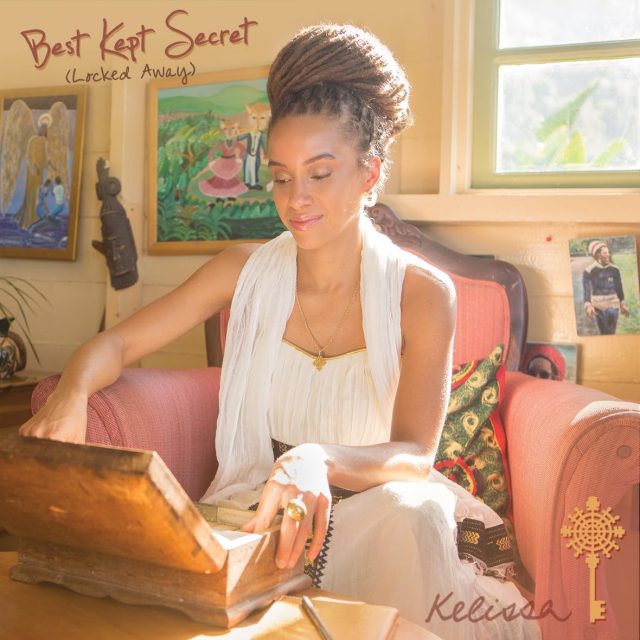 Think real, moving… instantly relatable. Such is the tale told in Kelissa’s newest single Best Kept Secret (Locked Away) — a collaboration between her own label Anbessa Music and Natural High Music, known for their ethereal reggae blends.

The track is part of Natural High’s Urban Roots Project which is a compilation featuring Jesse Royal, Jovi Rockwell, Keida, Keznamdi, Dre Island and a host of other artists.

Equally sweet and hard-hitting, the catchy song highlights Kelissa’s crystal clear vocals and sentimental melodies played by a cadre of exceptional instrumentalists —Nambo Robinson on trombone, his son Nnamdi on lead guitar and Wayne Armond on riddim guitar, with Everald ‘Stingray’ Gray on trumpet and flugle. Bringing it together seamlessly alongside her lead and supporting vocals are background vocalists Hectar Lewis and Jamar ‘Chronixx’ McNaughton, who is also responsible for mixing the track.

Best Kept Secret’s easy harmonies are flavoured with old school lover’s rock and strains of dub to take you on a journey into Kelissa’s heart and mind. It evokes feelings of nostalgia, perfectly captured in the cover image which was shot at Eits Café in The Blue Mountains by William Richards