I AM A JAMAICAN
Home Music This is Fire!! – “Blaze Up The Fire” by Major Lazer Featuring... 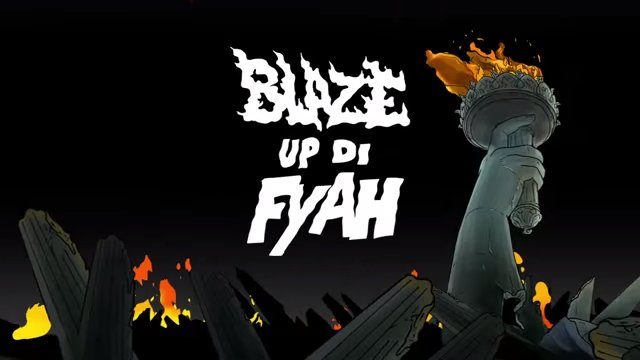 Major Lazer teamed up with Chronixx for “Blaze Up The Fire” for his latest album “Peace Is The Mission” which was released on June 1, 2015. Now comprised of Diplo, Walshy Fire and Jillionaire, the crew’s third album is an international genre-melting party with distinctive bass-heavy dancehall fire. Here’s the official lyric video for “Blaze Up The Fire.”

Diplo has been “fascinated by dancehall” since he was a child growing up in the town of Plantation, Florida: “It was always something on the radio in the parks,” he said in Major Lazer Take Kingston — the second documentary in the “Mastering the Craft” series by Rolling Stone Films. The music catching his ear was developed legendary producer King Jammy’s studio, and in the film Diplo and Walshy Fire, who was born in Jamaica, trace their reggae roots on a wild journey to Jamaica. “I used to go there all the time, man, and, as we say in Jamaica, ‘bleach,’ which is basically just hang out for way too many hours,” Walshy Fire recalled. Watch below: