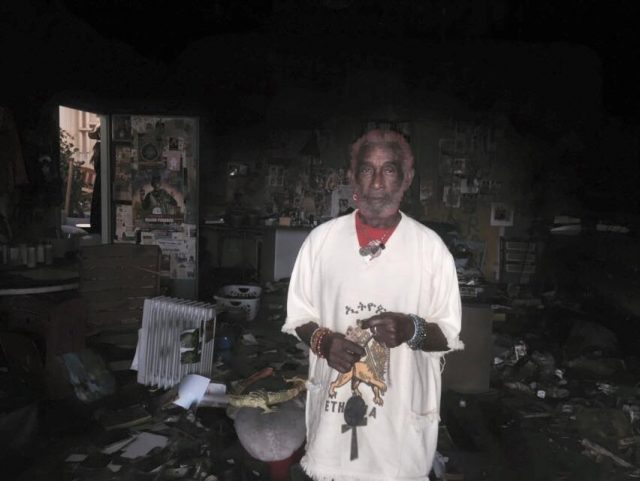 Lee “Scratch” Perry’s studio in Switzerland has been destroyed in a fire after he left a candle burning, the producer revealed yesterday.

“My whole Secret Laboratory burned out,” he told fans. “My whole life collections, arts, my magic hats, my magic boots, all my crazy show outfits and costumes,” he explained in a Facebook post. “All my electronics and studio equipment and my magic mic, books, music, and cds, everything gone,” he added

Perry encouraged fans “that always give me perfect things” at shows to post them to his home address instead, offering guest list spots in return.

This not the first fire at one of his properties. In 979, he deliberately burned down the original Black Ark Studios in Jamaica. It was home to some of his most famous recordings and he described the act as “cleansing” during very chaotic time in his life.

The 79-year-old legendary producer lives in Switzerland with his wife and children.