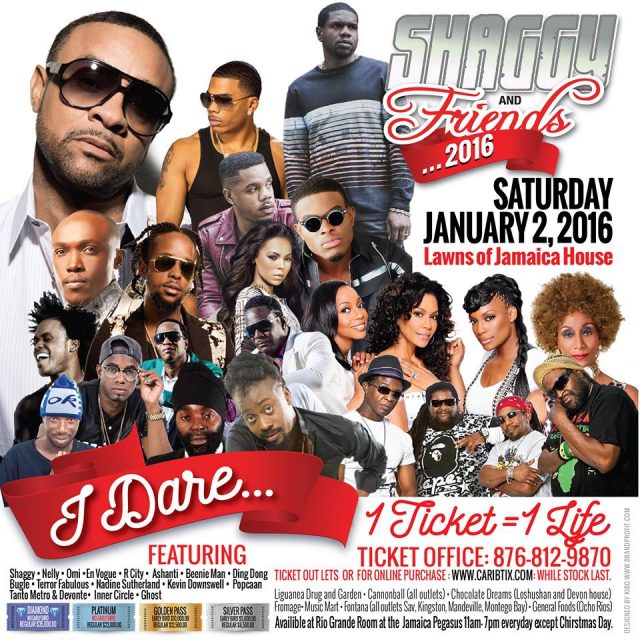 Since 2009, the Shaggy & Friends Charity Concert has raised more than US$1.6 million and has donated equipment and supplies to Bustamante Children’s Hospital in Jamaica, — the only pediatric hospital in Jamaica and English-speaking Caribbean. Donate here. The event is slated for the lawns of Jamaica House, this evening. The live stream, hosted by Miss Universe 2014, Kaci Fennell, begins at 7:30PM.

Text: “Shaggy” to 25383 to donate US $9.99 to the Shaggy account at Food for the Poor. 100 % of all donations will be going to the Shaggy Make a Difference Foundation.

Tonight will be the first time in over a decade people will see Terror Fabulous and Nadine Sutherland perform their 1994 hit single “Action.”

“We’re trying not to repeat too many artistes. But there are artistes that people have not seen in a while, and they are great,” said Shaggy in a previous interview.

Watch the concert live also on Flow Channel 100 or watch the live stream on their Facebook page. Pre-show starts at 7:30pm!