I AM A JAMAICAN
Home Music Jay Z visits Jamaica to work on music with Damian Marley &... 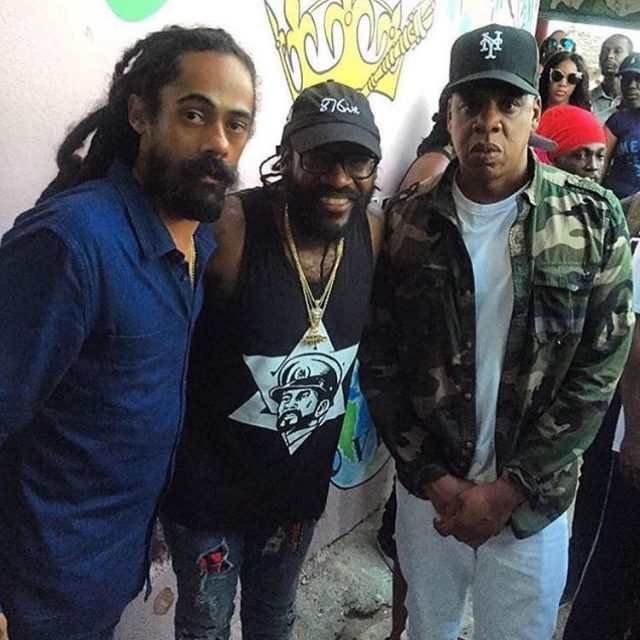 Jay Z visited in Jamaica to work new music for his upcoming album which could feature Jamaican musicians Damian Marley and Sister Nancy.

It is understood that the Hip-hop mogul arrived on the island Thursday afternoon, visited Tuff Gong Studios in Kingston to team up with Damian Marley and Sister Nancy.  He stayed at the Jamaica Pegasus hotel.

We’ve received a handful of signals that Jay Z’s next album is dropping soon. Among them: Swizz Beatz hinting Hov is in “album mode,” Jay lining up multiple festival appearances in early fall, and the fact that it’s been nearly four years since he dropped his last album, his longest break between projects.