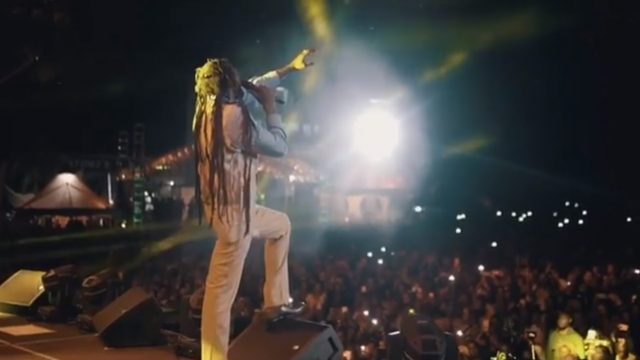 Buju Banton delivered a special performance for thousands of Barbadians on Saturday, April 27, at the Kensington Oval, where even Rihanna flew in to greet him.

According to Acting Station Sergeant Michael Blackman of The Royal Barbados Police Force, more than 17,000 patrons turned out to see Buju Banton in concert — the first event of the Barbados Reggae Festival weekend and the fourth stop of the Long Walk to Freedom tour.

Buju’s Long Walk To Freedom tour have stops in Suriname on May 4, Grenada on May 11, then Tortola in the British Virgin Islands on June 15, and St Kitts on June 29. Buju Banton is billed to headline Reggae Sumfest in Montego Bay on July 20.