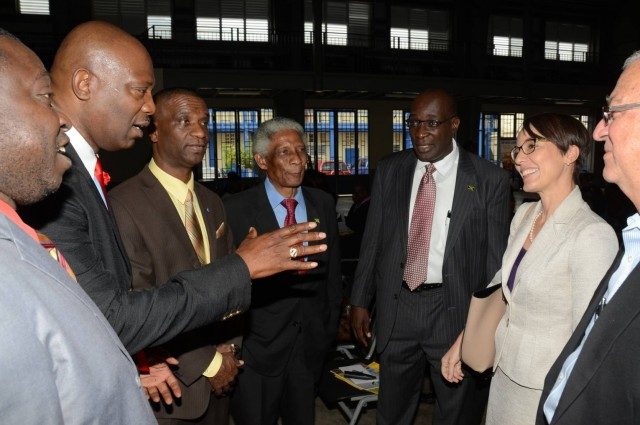 The Jamaican Diaspora could soon vote in upcoming elections as the Government has made moves to examine the best Diaspora voting practices of selected countries to allow Jamaicans living in the Diaspora the opportunity to cast their vote, according to Foreign Affairs and Foreign Trade Minister, Senator the Hon. Kamina Johnson Smith.

Countries such as India, Mexico, France, Israel and Ireland have already implemented the framework to facilitate external voting for members of their Diaspora, thereby giving them a stronger voice in the affairs of their nation.

The Minister, who was speaking on day one of the two-day 2nd Biennial Advancement in Education Summit, at Jamaica College, on Old Hope Road, in Kingston, on March 23, said the process to achieve Diaspora voting has already begun.

“I have instructed that our Missions in selected countries obtain, as a matter of urgency, all information pertinent to overseas voting for members of their Diaspora,” she said.

Following consultations, the matter will be placed before Parliament. Within this context, the Minister informed that the Government will re-establish and reconvene the Joint Select Committee of the Houses of Parliament on Diaspora matters, to elevate the relationship between the Government and the Diaspora.

Meanwhile, Education, Youth and Information Minister, Senator the Hon. Ruel Reid, commended the Jamaica Diaspora Education Task Force (JDETF) for its role in the development of the local education sector.

He expressed elation at the JDETF’s inclusion of Early Childhood and Special Education, which his administration plans to focus on to determine the real extent of the special learning needs among the student population.

The Minister welcomed the partnership between the Government and the Diaspora Community, in helping to develop the physical plants of infant schools.

In the meantime, the Minister said the Ministry will be strengthening the National School Feeding Programme, through partnership with the private sector.

For his part, Jamaica Diaspora Board Member, Leo Gilling, expressed delight at the successful staging of another summit.

The two-day Advancement in Education Summit is an attempt by the community to form bonds with teachers, principals, parents, administrators and students to understand the gaps and challenges existing in the education system and to share ideas and best practices.