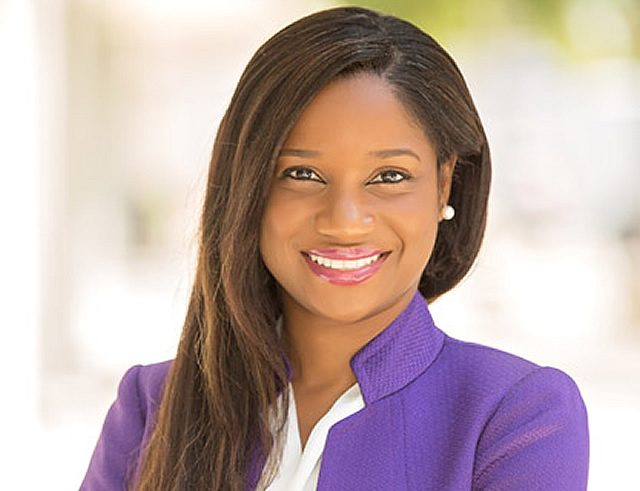 Jo-Anne Jackson-Stephens, a former Jamaican Independence Scholar who also holds a MBA from the University of Oxford where she graduated with Distinction, is the recipient of the STEP Excellence Award for the highest score worldwide in the STEP Advanced Certificate in Company Law and Practice ( July 1 – December 31, 2015).

Jackson-Stephens, an associate at Higgs & Johnson in the Cayman Islands since October 2015, said that she was ecstatic but grateful when she heard the news.

“I was competing with very smart and capable people from across the world including the UK, Europe, and the Caribbean,” she told The Gleaner. “It demonstrates that hard work and dedication are truly the keys to success.”

STEP, the Society of Trust and Estate Practitioners, is a worldwide professional association with over 20,000 members in 95 countries and consists mainly of trust and estate attorneys, accountants and trust specialists. STEP announced the first 38 student award winners in a new awards scheme recognizing student achievement on a worldwide level.

Jackson-Stephens, a past student of Immaculate Conception High in St Andrew and reportedly the daughter of Jamaican economist John Jackson, completed her law degree at the University of the West Indies in Jamaica and Barbados before going on to receive her CLE at the Norman Manley Law School in 2006 and her Master of Business Administration (MBA) at the University of Oxford in 2012.

Her desire to enter the legal profession stemmed from her passion for problem solving. “I wanted the challenge of finding wealth management solutions for my clients in an ever-changing legal and regulatory global environment,” she said.

Alasdair Robertson, President of the Cayman Islands Law Society, said, “It is great to see the hard work and dedication of a Cayman Islands practitioner being recognized on such a high-profile and global scale. This further demonstrates the quality of lawyers we employ and produce here in the Cayman Islands.”

Becoming a member of STEP gives lawyers the TEP designation and allows them to be considered among the most experienced and senior practitioners in the field of trusts and estates. Applicants are required to take a number of exams or prepare papers for presentation.

“It is important for any notable trust attorney to possess the TEP designation,” Jackson-Stephens said.