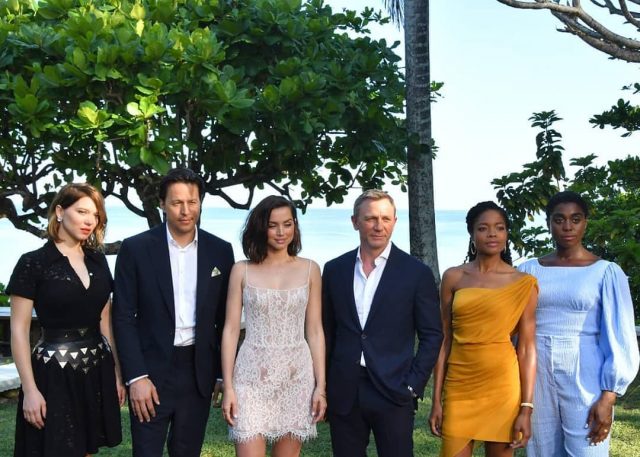 The plot and cast of the highly anticipated Bond 25 starring Daniel Craig have been revealed in Jamaica for the first time during the film’s launch on Thursday, April 25th by producers Michael G. Wilson and Barbara Broccoli. Bond 25 is due out April 8, 2020.

Jamaica is significant as it’s where Ian Fleming wrote his Bond novels and it’s where the entire franchise kicked off in the 1962 entry “Dr. No.” Director Cary Fukunaga revealed that he has already shot parts of the film in Norway and will resume shooting in Jamaica in the weeks ahead before returning to London’s famous Pinewood Studios.

Broccoli said of the film’s plot, “Bond is not on active service when the film starts. He is enjoying himself in Jamaica. We consider Jamaica Bond’s spiritual home. He starts his journey here.” Broccoli said the crew has had about 500 local Jamaicans work on the film already.

Bond films have usually been launched in Britain but this time, the cast and filmmakers flocked to Fleming’s Goldeneye villa in Jamaica where he created Bond for a livestreamed announcement.