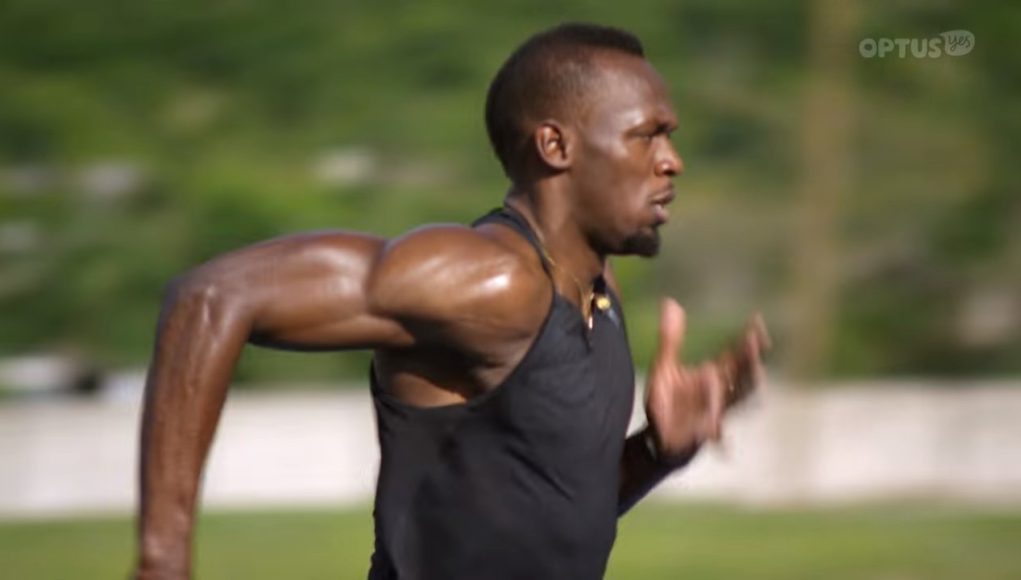 Usain Bolt has ‘big plans’ for the 2016 Rio Olympics in August. The track legend has his eyes set on breaking his 19.19 200m record in Rio De Janeiro, Brazil — a record Bolt set at the 2009 World Championships, four days after he set the 100m record of 9.58 seconds at the same event.

It was astonishing performance as he ran away from the field focused on breaking Johnson’s ‘unbreakable’ record that had stood since the 1996 Olympics with a sensational 19.30 secs to win the Olympic gold medal at the 2008 Beijing Olympic games.

“Justin Gatlin says he’s coming, but for me, I’m much more focused,” Bolt said. “I’m starting the season in much better shape than I did the last one, so it is only forward from here.”

“Rio is the moment that’s going to solidify my legendary status.”

Bolt, who say he had built up self-confidence within throughout the years of competing professionally, says he wants to be the best, and he knows what it takes. “I want to be among the Pelé’s; the Mohammad Ali’s,” he said, citing he intends to be among the greatest sportsmen of all time.

The only place Success comes before Work is in the dictionary.. #Rio2016

After being the first athlete to achieve a “double double” by winning 100m and 200m titles at consecutive Olympics (2008 and 2012), Bolt is seeking to become the first man to win a ‘triple-triple’ –- three successive Olympic titles in the two sprint events and the 4x100m relay at the 2016 Rio Olympic Games.

Usain Bolt wants to run under 19 seconds in Rio

“Rio is the moment that’s going to solidify my legendary status. So I have to go there and really put on a show,” the the six-time Olympic champion told veteran journalist Ian Boyne during Part 2 of ‘Usain Bolt on Profile’ on Sunday. “For me, I’m not going to be ok with just winning, but for me, I would love to break records,” the 29-year-old added. “One of the records that I really want [to break] is my 200m record — to run sub-19 seconds.”

“It will not be an easy task, but I personally feel I can do it and my coach (Glen Mills) thinks I can do it, so it is just about the work and finding the perfect time to do it, so it is one of the things (for 2016),” Bolt told Rio2016.com last year. Rio will be Bolt’s last Olympic Games – he will turn 30 on the day of the closing ceremony – and the six-time Olympic champion has confirmed he will retire in 2017 after the world championships.

In the 3-part interview with Boyne, Bolt lamented that he hates training but lives for competition. “That older you get the more work you have to put in; I’ve learned that over the years.”

“If I can run 18-something that would be big, no one has ever done it before, and that would really do something for my career. That’s one of the things that I really want, and that is why I train very hard this season.”

He continued, “I am really pushing myself so I can get into shape, and I can stay on top of things.” Bolt says that he is going to stamp his immortality at Rio, not just his legendary status that has been achieved. “That’s the master plan.”

In 2015, Bolt overcame a pelvic injury to win three golds at the world championships in Beijing in August, wining his 11th World Champion title, more than any athlete in history.