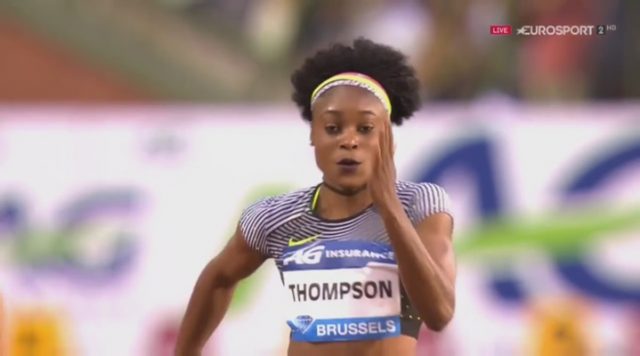 Elaine Thompson has won the 100m Diamond race at the Brussels Diamond League after beating her biggest rival Dafne Schippers of the Netherlands, her 12th straight 100m victory of Diamond League series on Friday. Watch race below.

Thompson, the double Olympic sprint champion, clocked 10.72 to equal the meet record ahead of Schippers’ 10.97 to win the diamond trophy in the final leg of the Diamond League Series, coming just weeks after she wrapped up golds in the 100m and 200m at the Rio Olympics. Christania Williams finished third in 11.09. Elaine Thomspon set a new 200m Record at Zurich Diamond League last week.