I AM A JAMAICAN
Home Sports Usain Bolt, Omar McLeod to run at Monaco Diamond League 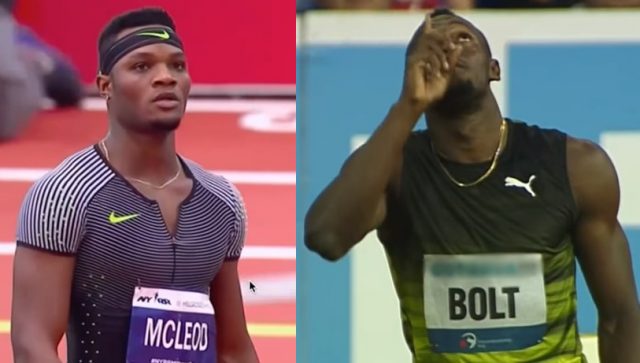 Usain Bolt and Omar Mcleod will compete in the 100 metres event at Monaco Diamond League set for the Friday, July 21.

Both athletes will run at the meet as part of their preparations for the IAAF World Championships in London this August.

Mcleod, the 110m Hurdles Olympic champion, will be competing in an effort to improve his speed to win gold at the upcoming world championships in his bid to become the first 110m hurdler to hold both the Olympic and World title simultaneously. He clocked a world-leading time, new personal best, and the fifth fastest time [12.90] in 110m Hurdles’ history all in one race at the Jamaica National Senior Trials in Kingston last month.

The 100m will be Bolt’s third race of the season and third stop of his farewell tour after winning his second race at the Golden Spike track meet on June 28 in Ostrava, a city of the Czech Republic, with of time 10.06.

The living legend opened his final track season with a winning time of 10.03 on June 10th at the Racers Grand Prix at the National Stadium in Kingston.