Alia Atkinson won her fifth gold medal of the 2017 FINA/airweave Swimming World Cup on Day 2 of the Eindhoven, Netherlands leg of the series in what was almost a world record win. 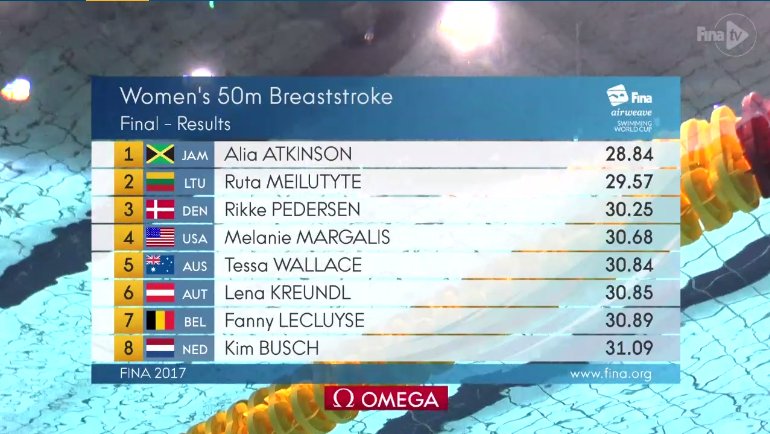 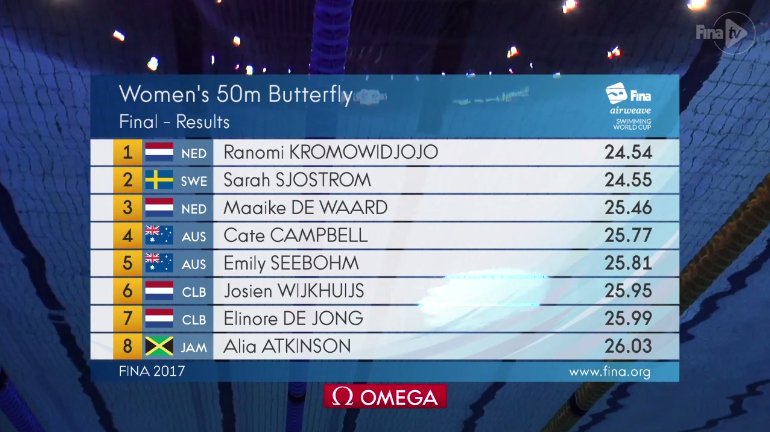 The Jamaican has so far won 5 gold and 3 bronze after three of the eight stops of the World Cup series.