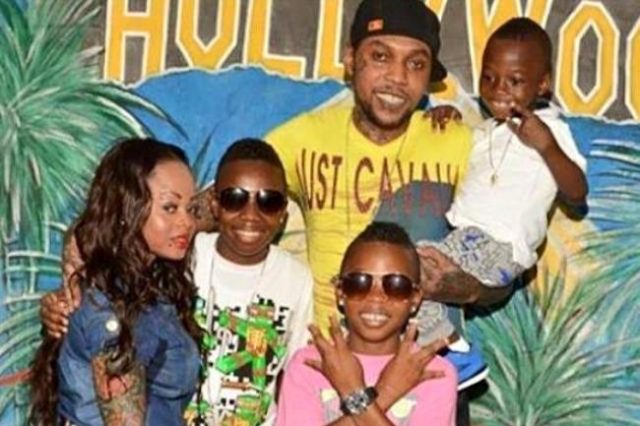 September 30, 2015 marks four years Vybz Kartel has been behind bars but is still dominating Dancehall worldwide. Kartel has been out of sight but not out of mind and certainly not silenced — as many would like.

Kartel, whose real name is Adidja Palmer, is undoubtedly the most talented, controversial, influential, and beloved dancehall artiste of all time. The “Dancehall Hero,” who has been dominating Dancehall since 2003, is still the most played and streamed dancehall artiste despite not being able to record new music. This is due to a consistent supply of new music from Kartel, every week since his incarceration.

On September 30, 2011, Kartel was arrested by police for marijuana possession. The charges were later dropped, but Jamaica’s Major Investigation Taskforce (MIT) then quickly charged him with being involved in the deaths of two men from Portmore, conspiracy to murder and illegal possession of a firearm.

Beenie Man Says Dancehall Is Too Dependent On Vybz Kartel

Kartel, born and raised in the Waterford community, was acquitted of the murder charge of Jamaican businessman Barrington Burton due to lack of evidence. However, the musician and three other men went on trial in 2013 for the killing of Clive ‘Lizard’ Williams.

Following a 65-day trial, the longest in Jamaica’s history, the controversial deejay was sentenced to life in prison in March 2015 along with three co-defendants in the August 2011 killing of Clive “Lizard” Williams, an associate killed over missing guns. Til’ this day, Vybz Kartel is still maintaining his innocence. All four men are serving life sentences are will have to wait three decades for a chance at parole.

The controversial deejay’s music still dominates the airwaves, parties, and charts repeatedly, which goes show that Kartel is not only a good writer and lyricist, but a good communicator, too. It is also evident that he has an incredible work ethic for which he is believed to be envied by fellow dancehall artistes.

Now 39-year-old, the self-proclaimed “Worl’ Boss” is also still the most streamed dancehall artiste on all music streaming service, including world’s top two, Spotify and YouTube, to date. This is due to the slew of pre-recorded vocals the ‘Teacha’ left in the studios of many producers of TJ Records, Chimney Records, So Unique Records and Head Concussion Records to name a few.

Over the years, Kartel has been accused of voicing behind bars but producers insisted that the songs released were record long before his arrest. “When Kartel visits you, he will record five songs for you in a day,” producer Tarik “Rvssian” Johnston said, whose prison-era production hits “Hi” and “Ever Blessed.”

Almost two hundred songs by Vybz Kartel have been release since September 29, 2011, fifty songs of those song were released since 2015. Note, 90% of the top 100 most streamed of 2015 dancehall music on YouTube are Kartel’s. There’s no doubt that he will continue to dominate dancehall for a next decade at this rate.

TJ Records who seems to have had a close relationship with Kartel has released more music by the artiste than any other producer; hits such as “Happy Pum Pum,” “Business” and “Conjugal Visit” featuring Spice. In May, TJ teamed up with Short Boss Muzik, the imprint label of Vybz Kartel common law wife, and released “VIKING (Vybz Is King)” on March 10, 2015. The 11-track EP spawn two hits Gon’ Get Better and the infectious “Dancehall.”

To the surprise of many, in May, the legendary Mick Jagger quickly named Vybz Kartel as one his favorite rappers, the other being Jay Z when asked, “Who are your favorite rappers?” And Kartel is not a rapper. He explained that even though it takes a while for him to understand what the beloved artiste is saying, his music is out of this world.

Being one of Jamaica’s biggest stars, Vybz Kartel is best known internationally for his hits like “Tek Buddy Gyal,” “Romping Shop,” “Dollar Sign,” “Clarks” and “Pon De Floor,” and collaborations with Rihanna (“You Don’t Love Me [No, No, No]“), Missy Elliott (“Bad Man“), Pitbull (“Descarada [Dance]”), Busta Rhymes (“Wine & Go Down”) and Eminem.

His single  featuring estranged ex-protege Popcaan. His 2011 album Kingston Story and 2013 album The Voice of the Jamaican Ghetto – Incarcerated But Not Silenced both reached Top 10 on Billboard’s U.S. Reggae chart.