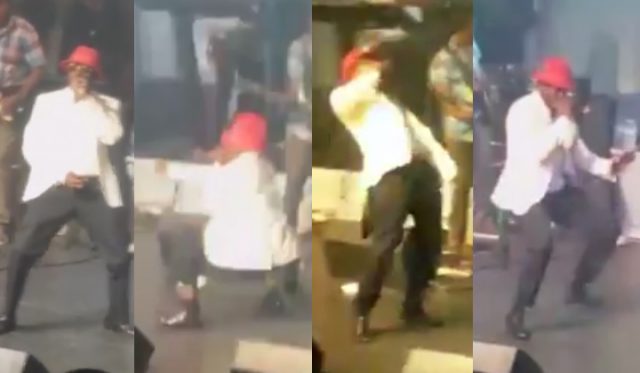 Shabba Ranks gave his fans an explosive performance at the Sound Academy in Toronto, Canada on Friday night. Earlier that day, the ‘Dancehall Emperor’ created a buzz online after his duet with Tv host Dina Pugliese on the Breakfast Television in the morning.

A 2:57-minute clip, uploaded to Facebook by Michelle Golding on Saturday morning, shows the Dancehall legend performing his 1992 hit ‘Caan Dun‘ — giving his very excited audience their money worth. Watch below.

Another fan, Tamara, captured this: