I AM A JAMAICAN
Home Sports Elaine Thompson vs Schippers, Felix at Eugene Diamond League 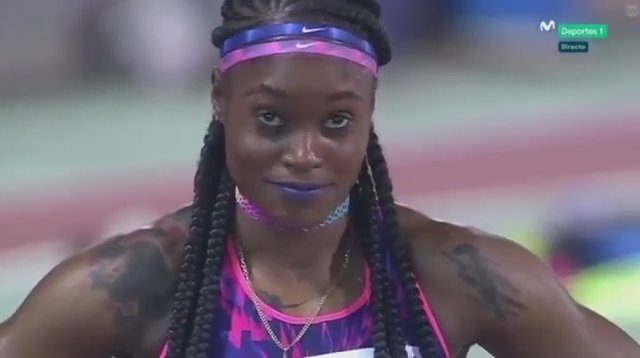 Elaine Thompson, Dafne Schippers, Tori Bowie and Allyson Felix will go head to head in the women’s 200m at the Eugene Diamond League this Saturday, May 27, the third leg of the Diamond League series.

Thompson is seeking her second consecutive 200m Diamond League win this season. She has been dominating the diamond league series so far, winning the women’s 200m in Doha then 100m in Shanghai. She recently won the 200m at Jamaica International Invitational, an IAAF World Challenge meeting, on Saturday (May 20) in Kingston.

“Normally when I compete I don’t think about times,” Thompson said about her goals for the race. If I did I’d go crazy because if you don’t hit that time you think you’re a failure. I just go out there to race and have fun.”

How life has changed since becoming a double Olympic champion in Rio:

“It has changed a little, but I’m still the same person. I just try to be a role model to the younger ones because I remember when I was looking up to the superstars.”

On her early-season form:

“I think this is the best I’ve been at this time of year. Last year I didn’t race much. This year is a new start for me, and it’s been super so far.”

Omar McLeod will also be gunning for a second 110 metre hurdles Diamond League victory this season after winning in Shanghai on May 13 against one of his rivals, Spain’s Orlando Ortega, the Olympics silver medallist and the 2016 Diamond Trophy winner.