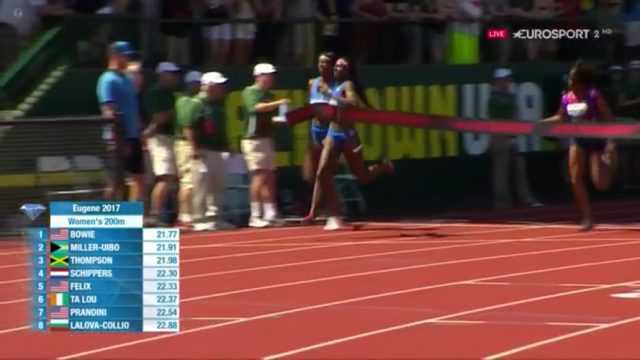 Olympic bronze medallist American Tori Bowie won the race with a time of 21.77, a new world-leading time to beat Thompson, the Olympic champion, who finished in 21.98. Olympic 400m gold medallist Shaunae Miller-Uibo finished second in 21.91. Dafne Schippers was fourth in 22.30.

This is Thompson’s first lost this season. She had been dominating the diamond league series, winning the women’s 200m in Doha then 100m in Shanghai. Last weekend she won the 200m at Jamaica International Invitational, an IAAF World Challenge meeting, on Saturday (May 20) in Kingston.