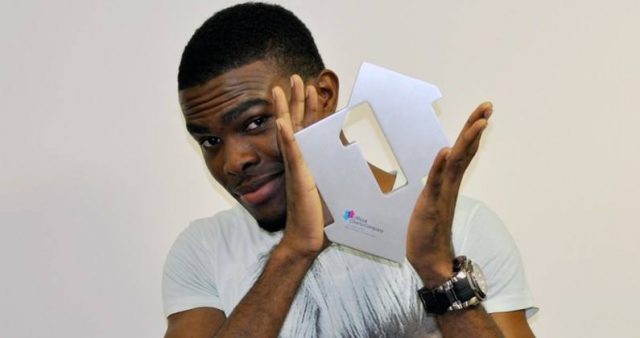 After topping charts all over the world, from Sweden to Australia to the United Kingdom, OMI’s “Cheerleader,” has earned Billboard’s coveted Song of the Summer honor. The original single was a hit in Jamaica in 2012, but it’s the 2014 addictive remix by Felix Jaehn that blew up.

OMI’s remixed global reggae-pop smash sits atop the annual Songs of the Summer chart, which tracks the most popular hits based on cumulative performance on the weekly Billboard Hot 100 from Memorial Day through Labor Day in the U.S.

“Every artist from Jamaica wants to thrive in the U.S.,” the 29-year-old told Billboard on Thursday. “There are so many great songs that deserve the recognition that ‘Cheerleader’ has had. I’m just grateful.”

The Jamaican-born Omar Samuel Pasley, who Taylor Swift brought out during her 1989 Tour in California last month, has since released another hit-in-the-making titled “Hula Hoop“. Listen the track below.

The song follows much of the sticky-sweet pop formula of his first smash, right down to the sax that punctuates the song’s breakdown sections, and packs a chorus nearly as addictive “Round and round your loving winds me up, like a hula-hula-hula hoop,” he sings. Look for the song on OMI’s debut album ME 4 U coming October 16 on Ultra Records.