I AM A JAMAICAN
Home Tech Watch: Someone Armed A Drone With a Semi-automatic Handgun, it Fired 4... 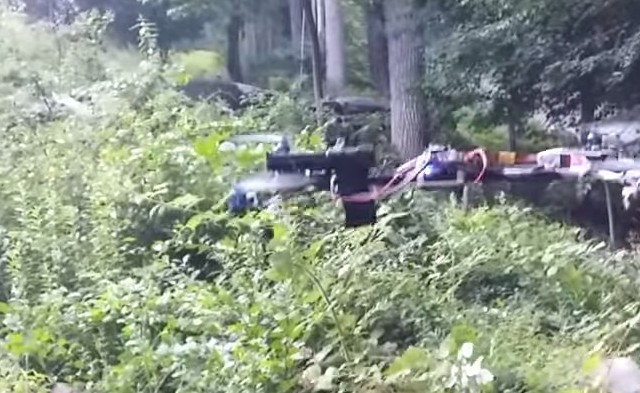 Last week, a YouTube user uploaded a 14-second clip which shows a semiautomatic handgun mounted on a four-propeller drone flying in a wooded area. The drone fires four times, with the recoil from each shot pushing it backwards in the air.

It turns out, 18-old-year mechanical engineering student Austin Haughwout from Central Connecticut State Univertisty built it. Can you imagine if more people start doing this? We see what people say on the internet when they are can hide behind anonymity. When somebody can fire a gun and not be accountable for it, that just brings it to a whole another level.

This isn’t the first time someone has mounted a gun on a drone, nor will it be the last. A video uploaded to YouTube in June 2013 showed a gun-toting drone shooting everything from cans of drink to melons and finally a Samsung phone — from distance and with accuracy.