I AM A JAMAICAN
Home Film Marcus Garvey Biopic Is On The Way, Starring Delroy Lindo

Marcus Garvey, one of the world’s greatest black leaders, biographical film is on the way. A diligent biopic has been long overdue since Nelson Mandela and Malcolm X’s.

Delroy Lindo has been selected to play the role of the man who was once the leader of the largest organised mass movement of African people, who inspired every black freedom fighter in the twentieth century, both in Africa and the Americas, The Right Excellent Marcus Mosiah Garvey Jr. — Jamaica’s first National Hero. The biopic has a release date of September 22, 2017, in the U. S. A., according to The Internet Movie Database (IMDb) owned by Amazon.com Lindo has had many memorable roles in films such as David Mamet’s “Heist” and as Mr. Rose in “The Cider House Rules.” He garnered critical acclaim for his role as Rodney in Spike Lee’s drama “Clockers,” and also worked with Lee on “Crooklyn” and “Malcom X,” earning an NAACP Image Award nomination.

Born to Jamaican parents in Lewisham, England, Lindo moved with his mother to Toronto, Canada, and then to the United States, where he graduated from the American Conservancy Theater in San Francisco. Kevin Navayne, a Spanish Town native will play the role of Marcus Garvey’s son. 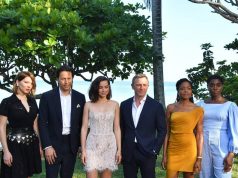 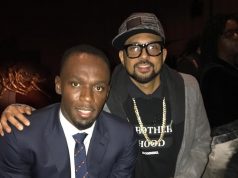